Last night, I had a date. Or at least, I was supposed to go on one.

It wasn’t with the V-Man who I’d basically written off weeks earlier—after all this time together, I was looking for a boyfriend at least every weekend, not every other weekend if I was lucky. When he suggested getting together last weekend, saying he’d take me out since I hadn’t left the house since my last chemo treatment, I was having major problems with walking. Hearing that, he said, “Well let me know when you have your legs back.”

Nice. Meanwhile, an ex, the Rocker, contacts me out of the blue and willingly comes over to my house, spends time with me there. We chat, we play music and sing, we start watching a movie with my family, and he holds my hair back when I get sick to my stomach. Somehow this really doesn’t seem right, that he who I haven’t talked to in many months is there for me, but V Man is not. Ridiculously, I hadn’t seen him in four weeks. So I made it very clear that he really is not going to be in my life romantically any more. I am done nursing that along.

ast night’s date also wasn’t with the Cop. The week after our sexy martial arts grappling was his birthday. I made a YouTube video of me singing Happy Birthday to him because he was crazy about my music and loved playing it over and over again. He told me it was the best part of his birthday. The next day, he tells me he and his ex are “in negotiations” about getting back together.

Never mind the business lingo, his ex left him in a foreign country when they were on vacation together, she’s still technically married and she lied to The Cop during their two year relationship about how often she still spent time with her husband. I said good luck to them—they’ll need it. Hope their therapy helps. He still calls, which I guess is nice, but I think I am more his sounding board than anything else.

So no, the date was supposed to be with someone new. Well, he’s not really. We’ve been following each other across free dating sites since the fall of 2009, I think. I thought he was cute, and he was looking to get more into writing professionally, so we exchanged emails but then the Rocker and I started dating. So I was really surprised to get an email a couple weeks ago from Karaoke Crooner, we’ll call him, asking if I remembered him. I told him I did, and he eagerly told me about the new writing gig he has reviewing karaoke venues. 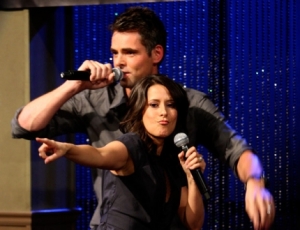 Yes, I rolled my eyes too when I first heard about it. But then I read his columns, which were really well written and truly captured that karaoke sub-culture. We started talking on the phone. I was rather straightforward about my illness, so he wouldn’t think I could just go out on a date at the drop of the hat. At the time, I was struggling with even walking from my bedroom to the bathroom next door. But the delay was actually a good thing.

I had him pegged as one thing, but the more we talked, the more I realized we had in common, from our sheltered upbringing to our more recent, wilder present. I realized some of his hesitancy from our first communication a couple years ago was for a very legitimate reason…he was still trying to pick up the pieces of his life after having lost a baby the day before he was set to get married. I can’t even imagine.

Anyway, yesterday was a rough pain day and I was rather lethargic, and the thought of having to get all pretty and try to control my uncontrollable body for several hours seemed ridiculous. So I postponed our scheduled date. I did some spring cleaning from the bed, perused grad schools again, did some research on a series of articles I am working on and rested.

At night, when the rain got heavy, I watched the excruciatingly painful The Passion of the Christ with my parents, followed up with a much cheerier Sleepless in Seattle with my mom. Though this week I felt the pang of loneliness so acutely, for some reason the movie didn’t leave me aching as much as it may have at other points of my life in the past. I didn’t think to wonder why.

Then Karaoke Crooner called. We talked about our days. We talked about religion, music, relationships—you name it, and suddenly it was five hours later. I reluctantly had to give into my heavy eyelids, and we said goodnight. Ever the optimist, I said that today would be better health-wise if he wanted to get together today. He did.

What will we be doing? Karaoke naturally. He’s got another column to write, and he wants to hear more of me singing—live this time. We probably won’t stay too long because we want to spend time just hanging out as well.

We both have our baggage and wounds, our daily struggles with respective health issues, but at the very least, I have made a great, new friend. And I highly value that now in a way I may have taken for granted in the past. I need present friends in the flesh now more than I ever have before.

Single In My Thirties

Single In My Thirties 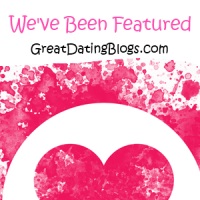